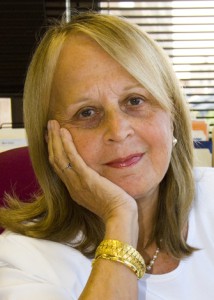 Her research is on understanding the rates and risks of mood and anxiety disorders using methods of epidemiology, genetics, neuroimaging, and the application of these findings to develop and test empirically based treatments and preventive intervention. Her current Interest is in bringing psychiatric epidemiology closer to translational studies in the neurosciences and genetics. She directs a 3-generation study of families at high and low risk for depression who have been studied clinically for over 25 years and who are participating in genetic and imaging studies. She directs a multi-center study to determine the impact of maternal remission from depression on offspring. She is one of the PIs in a multi-centered study to find biomarkers of response to the treatment of depression. She was one of the developers of Interpersonal Psychotherapy, an evidenced-based treatment for depression.

Dr. Weissman has been a consultant to many private and public agencies, and is a member of the Institute of Medicine, National Academy of Science.   She has been the author or a co-author of over 600 scientific articles and chapters, and 11 books. She has been the recipient of numerous grants from NIMH, NARSAD Senior Investigators Awards; grants from other private foundations and numerous awards for his research. She is on the editorial board in many journals including JAMA Psychiatry, Biological Psychiatry and Depression & Anxiety.

In April 2009, she was selected by the American College of Epidemiology as 1 of 10 epidemiologists in the United States who has had a major impact on public policy and public health. The summary of her work on depression appears in a special issue of the Annals of Epidemiology, Triumphs in Epidemiology.