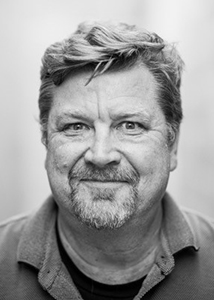 Dr. Gingrich and his group use a systems approach to better understand normal and abnormal brain function; in particular, the mechanisms that underlie neuropsychiatric disorders such as schizophrenia, depression, and anxiety disorders. Their goal is to understand how genetic and epigenetic factors affect behavior and intervening systems such as circuitry, anatomy, and physiology. The lab exploits the ability to genetically modify mice–either to mimic known human susceptibility factors or to use conditional gene modifications–to further investigate our hypotheses regarding circuitry and physiology.

Towards that end, Dr. Gingrich is pursuing several lines of research related to the role of serotonin-signaling in the cortex. These studies have demonstrated an important role for cortical influence on behaviors related to schizophrenia and anxiety. His lab also has an active program examining the role of the neurotransmitter serotonin on the development of brain circuits that modulate affective and anxiety states. Additionally, the group has developed a mouse model of epigenetic effects of paternal age on behavior and brain function.