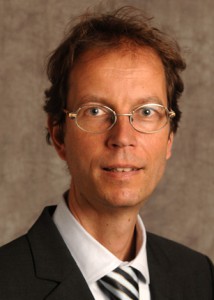 My laboratory uses mouse genetic tools in an effort to understand the biology that underlies the symptoms of schizophrenia. Schizophrenia is characterized by three symptom clusters: the so-called cognitive, negative and positive symptoms. While the positive symptoms – which include disordered thought processes, hallucinations and delusions – are the most characteristic feature of the disorder, such symptoms are more difficult to model in the mouse. In contrast, the cognitive and negative symptoms of the disorder – including deficits in working memory and motivation – have behavioral readouts homologous to humans in mouse models. Such mouse models are therefore very useful to study the biological underpinnings of deficits in these behaviors. This is important because cognitive and negative symptoms of the disorder are poorly understood but are particularly difficult to treat. Not only do these symptoms dramatically affect day-to-day functioning, they are largely intractable to antipsychotic medications targeting the dopamine D2 receptor, which only ameliorate the positive symptoms of the disorder. As such, the severity of cognitive and negative symptoms is a better predictor for the long-term prognosis of patients than the degree of positive symptoms. It is important to note however, that deficits in working memory and motivation are not specific to schizophrenia, but are also present in other mental disorders such as depression and ADHD. In this context, the work in my laboratory has broader applications, revealing both normal and aberrant brain function relevant to mental disorders characterized by deficits in cognitive and motivational behaviors.

To tie this research closely to disease-relevant brain circuitry, our approach uses observations made in patients with schizophrenia and then seeks to “model” these observations as closely as possible in the mouse. This allows for determining how an alteration can cause changes in brain function and behavior – a major limitation of human studies where findings are by and large correlational. Using this approach we hope to achieve three main goals: