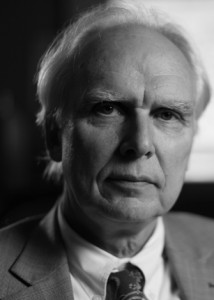 Our general research program focuses on the effects of the early environment on fetal and infant brain/behavior development. Within the fetal/infant perinatal research effort in the Division of Developmental Neuroscience at the New York State Psychiatric Institute and the Sackler Institute of Developmental Psychobiology we have active collaborations within the Departments of Psychiatry, Obstetrics, Pediatrics, Behavioral Medicine and Public Health focused on investigations of the role of early experience in shaping fetal/infant physiology, neurophysiology and behavior. Our team investigates the complex interplay of sleep physiology, patterns of brain activity, attention, and autonomic control and how they relate to risk for neurodevelopmental disorders. A major emphasis of our work is to determine how early life experiences, often associated with pre or perinatal exposures, shape the developing brain and later neurodevelopmental outcome.

An NIH MERIT Award, the Sackler Institute, the Bill and Melinda Gates Foundation  and other NIH funding support  current research on the effects of maternally mediated exposures on the developing fetus, early learning and memory, sensory development, brain regulation during sleep and assessment of risk for neurological disorders.  Our lab is currently involved in four large cohort studies with local, national and international colleagues in NYC, South Africa, the Northern plains and the United Kingdom investigating early markers and trajectories of neurodevelopmental disorders aimed at early detection and ultimately the development of timely interventions.